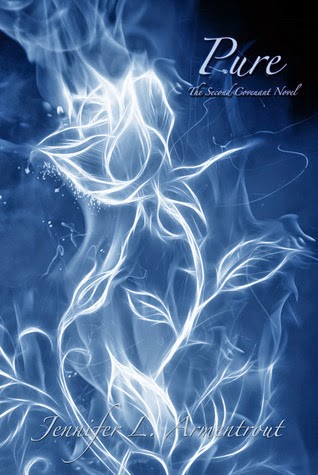 There is need. And then there is Fate.

Being destined to become some kind of supernatural electrical outlet isn’t exactly awesome–especially when Alexandria’s “other half” is everywhere she goes. Seth’s in her training room, outside her classes, and keeps showing up in her bedroom–so not cool. Their connection does have some benefits, like staving off her nightmares of the tragic showdown with her mother, but it has no effect on what Alex feels for the forbidden, pure-blooded Aiden. Or what he will do–and sacrifice–for her.
When daimons infiltrate the Covenants and attack students, the gods send furies–lesser gods determined to eradicate any threat to the Covenants and to the gods, and that includes the Apollyon and Alex. And if that and hordes of aether-sucking monsters didn’t blow bad enough, a mysterious threat seems willing to do anything to neutralize Seth, even if that means forcing Alex into servitude or killing her.
When the gods are involved, some decisions can never, ever be undone.

My Thoughts: *will contain spoilers from Half-Blood!*

This series is quickly becoming one of my favorites! I just love how fast paced and action packed these books are, and the characters are all awesome! We got to see a lot more of Seth in this book and a little less Aiden, but I am still team Aiden all the way. Aiden is sweet, sensitive and still badass, whereas Seth is cocky, sometimes arrogant and completely badass. We see a different side to Aiden in this one, and I feel for him a lot more in this book. It's very clear he still has strong feelings for Alex but can't act on them due to him being a Pure and her being a Half-Blood, they could both get in a lot of shit if he does act on them. I feel so bad for both Alex and Aiden because they both want to be with each other but they can't be. Aiden is trying to protect Alex by not being with her, but you can tell she's still hurt by it. The entire book I just wanted to say 'screw the council' and shove Alex and Aiden together.

I didn't really feel much between Seth and Alex. I mean, they have this connection, sure, but Alex really only ever feels anything for him when they're touching and no matter how much Seth says it isn't from the connection, I just know that it is. Alex is thinking about Aiden constantly, whether they're touching or not, whereas Alex only ever thinks of Seth that way when their connection thing is involved.


Alex always managed to find trouble somehow which really creates the fast-paced, crazy story. I love how everything she does ends her up in trouble, even unintentionally. It seems like she can never take control of her own life and nothing ever goes the way she wants it to, or the way she plans it. There is just so many twists in these books, so many things happen that I never saw coming.

Overall, Pure is an amazing sequel that answered a lot of the questions I had from Half-Blood, but also left me with a lot more. This story is fast-paced, crazy, hilarious and awesome! There are so many surprises in this book, it'll make you gasp out loud! If you haven't started this series yet, you better get on that!